When you need to see an image better you right click and choose View image. Since 2007 we were seeing the image in the top left corner on a white background. Now ever since Firefox 11 that got changed to a centered image with grey layout. Personally I hate that this. Why should I see everything with a grey background (#333 to be exact, it may be seen as black on a non-well calibrated monitor)? Instead they should have placed an option at the Firefox options. 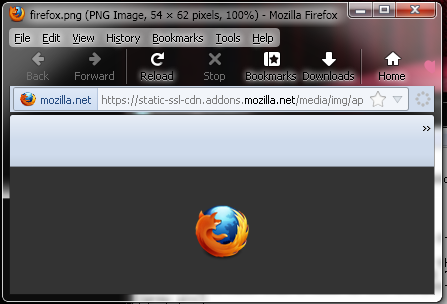 So, lets get it back to “normal” 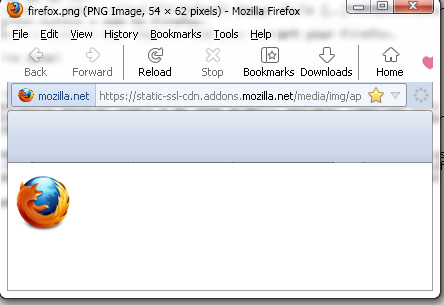 So, how do we do it?
We will need an addon called Old Default Image Style. Head over there and install it by clicking on the green button + Add to Firefox. After that is done it may require that you restart your Firefox.

And you’re done! You will see all single viewed images as before.

In the Addon Option menu (Tools->Addons->Extensions tab-> Old Default Image Style [Options]) you can set a custom background which will be rendered under each single viewed image. Note that this changes only the Right click -> view image background, not overall all!

So, how did that happen and why?
Several years a go some graphic designer reported this as a bug, in his point of view having a grey background is much better (honestly, this makes watching transparent images a huge bother to do). You can read more about it here and also a bit more about this subject here.

There is also a similar addon, but it doesn’t sets correctly the image to the to-left corner. It’s called ImageTweak  It will let you tweak all sorts of options regarding the rendered background of a single viewed image.
If you do not wish to use an addon you can use this work around.

Bulgarian translation can be found here.